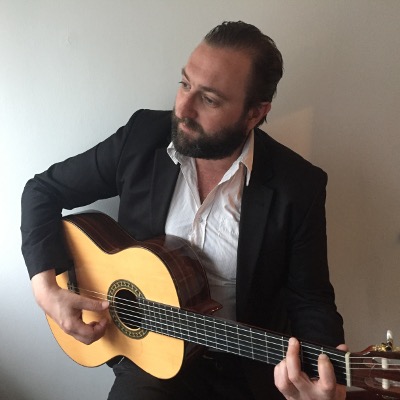 Andres was born in Granada, Spain, where he started studying the guitar at the Conservatorio Superior de Musica Victoria Eugenia, and graduated in Music Education at the Facultad de Ciencias de la Educacion (University of Granada). After he finished his studies, he worked in Spain as a session musician and recording sound engineer. In 2001 he moved to London in order to expand his musical horizons.

Nowadays he combines his work as a music/guitar teacher and as a performer, being involved in several musical projects.