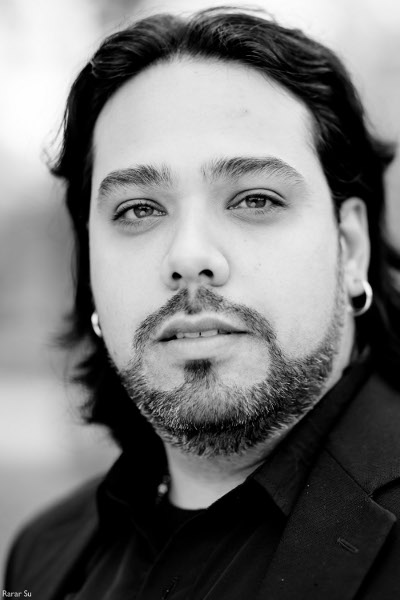 Born in Brazil into a gypsy family of Andalucian origin (Seville), he began to play guitar from the age of 8 with his father and grandfather accompanying cante and dance in the family. At the age of 14 he began his studies in classical music at the Brazilian Conservatory of Music subsequently obtaining 2 postgraduate degrees at the University of Music. He has worked as a guitarist and singer alongside a number of well-known flamenco artists such as Talegón de Córdoba, Curro Valdepeñas, Manuel de la Malena, Caridad Vega and Miguel Cañas. He has performed in peñas, tablaos, flamenco parties and dance academies in Spain and several other countries among them Japan, Canada, USA, UK, Belgium, France, Germany and Holland.