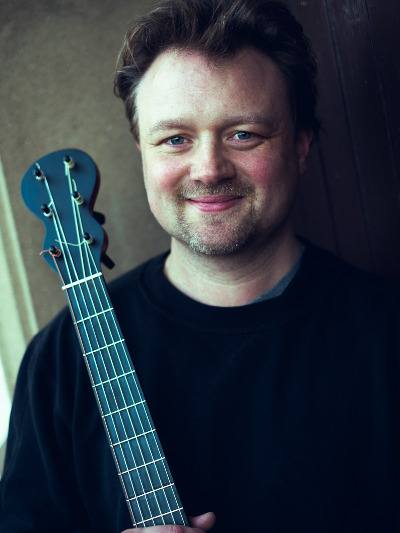 Jamie was born in Scotland and began playing guitar at the age of 10. Initially playing rock and blues then attempting to play jazz and finally settling on classical guitar, he was largely self-taught before having lessons with Robert Mackillop at Napier University, Edinburgh. Jamie then studied lute and early guitars at the Royal College of Music and, following a Junior Fellowship at Trinity College of Music, began a varied career as a soloist, accompanist, orchestral and session musician.

He has performed or recorded with many leading ensembles and soloists including I Fagiolini, the Scottish, English and Irish Chamber Orchestras, The Dunedin Consort, English National Opera, Welsh National Opera, Alison Balsom, Dame Emma Kirkby and Damon Albarn; played on several film and TV soundtracks and numerous theatrical stages, including Shakespeare’s Globe and the Barbican. As a soloist, he has performed at festivals and venues throughout Europe and released two solo CDs. The most recent, of 19th century guitar music associated with Scotland, was described by Gramophone magazine as containing “all the warmth, colour and expressive richness one could hope for”.