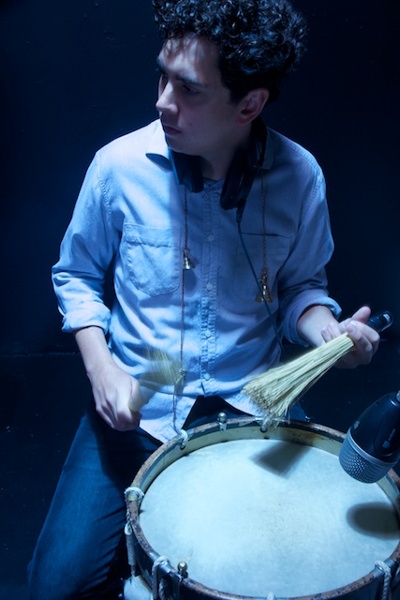 Zands is a session player specialising in hand percussion styles. He works with theatres and ensembles including the National Theatre, Old Vic, Royal Shakespeare Company, the Philharmonia Orchestra, Royal Philharmonic, BBC National Orchestra of Wales, Orchestra of the Welsh National Opera and the RTE Concert Orchestra. He also performs with a wide variety of bands such as Tradicional Cubano, Dixie Ticklers and his own ensemble Mountainear.

Zands regularly tours and records as a hand percussion soloist with Karl Jenkins and has also toured to Asia, Australia and the Middle East for a production of Richard III, directed by Sam Mendes and starring Kevin Spacey. Earlier this year he embarked on the ‘King and Country’ world tour with the RSC, which began at the Barbican and concluded at the Brooklyn Academy of Music. As well as this, he regularly records percussion for film and television and has even played a duet on national TV with Lady Gaga!

He trained at Berklee College of Music in Boston and at the Guildhall School of Music and Drama where he now teaches.